The Nightmare Before Christmas Wiki
Register
Don't have an account?
Sign In
Advertisement
in: Halloween Town Residents, Monsters, Males,
and 5 more

Randy Crenshaw
Behemoth is a large man wearing overalls and an axe in his head. He rarely talks, and it appears as though his head injury has caused some brain damage.

May also be known as the Farmhand. It's on the list when Jack is handing out jobs for Christmas.

During the opening song, he drags the scarecrow on a horse into the center of the town, where it turns out to be Jack.

When Lock, Shock, and Barrel come back with the Easter Bunny, Behemoth loudly points out, "Bunny!" Scared, the Bunny hops back into the bag, and is subsequently (with some rather heavy persuasion from Jack), taken back to its own holiday world. 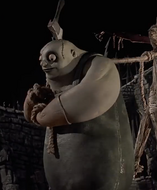 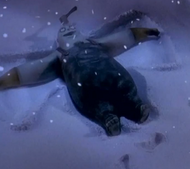 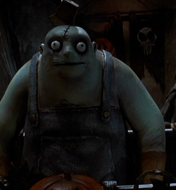 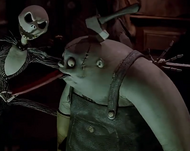 1993 Behemoth figure from Hasbro (One of the first figures of Behemoth ever made,Also one of the minor characters next to the Wolfman part of this line) 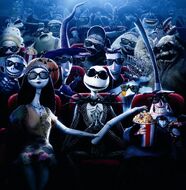 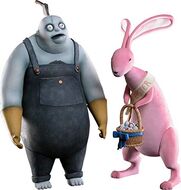 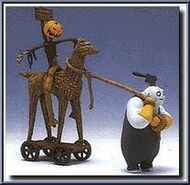