Start a Wiki
The Big witch, also known as Helgamine in the trading card game, is a citizen of Halloween Town. She is one of two witches in the town; the only other being her sister, the Little Witch.

She is tall with long grey hair, and has a big nose with a wart on the end. She looks much like the stereotypical witch would.

Big Witch is met in the Pumpkin Patch, having alluded the bug invasion by chance. She and her sister have begun working on a potion to turn Jack's Pumpkin King costume into a flaming star. She is shocked when Jack shows up to check on her, saying if she knew he was coming she would have worn her beauty wart. Completely unaware of the trouble in Halloween Town, she realizes that her potion could be used to turn back the bug invasion. She then asks Jack to get the final ingredient from her sister and warns him about the nosy gnats, an enemy that teleports you back to the start of the level. After Jack gets the ingredient, a weird smelling mushroom, he returns it to her. When Jack starts to bring it over, she tells him to throw it to her, and he does which causes an explosion. She then hands over the now complete Pumpkin Buster that allows him to set his body on fire and fly in a direction.

She and her sister own a shop selling glass bottles, upgrades, and so forth. 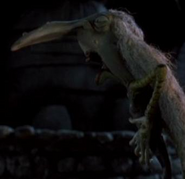 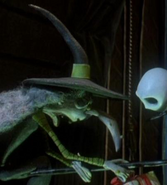 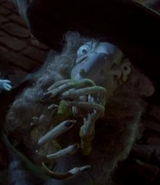 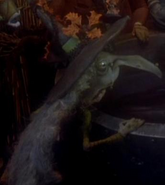 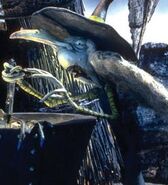 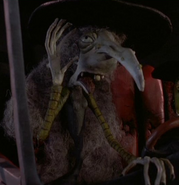 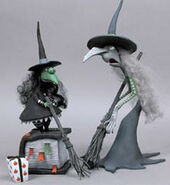 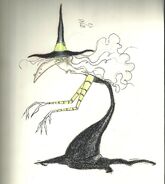 Add a photo to this gallery
Retrieved from "https://the-nightmare-before-christmas.fandom.com/wiki/Big_Witch?oldid=14846"
Community content is available under CC-BY-SA unless otherwise noted.