Corpse Dad is a citizen of Halloween Town. He is a corpse and he is Corpse Mom's husband, and Corpse Kid's father. 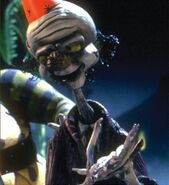 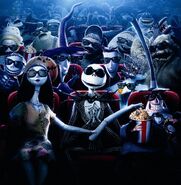