The Corpse Mom, Bertha, is a morbidly obese corpse. She is married to the Corpse Dad, Ned and her son is the Corpse Kid, Ethan.

Bertha first appears in the song "This is Halloween" along with Ned and Ethan. This is also when, as part of the song, she points out that the people (or...creatures) of Halloween Town are not mean and scare just for fun. Later on, Bertha is seen clapping when Jack comes out of the fountain. Bertha was later seen at the meeting, and later still, dragging Ethan on a leash. Bertha later appears among the saddened citizens when Jack is supposedly blown up by the military. Bertha later reappears after taking a nap and seen in the crowd when Jack returns. 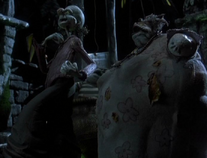 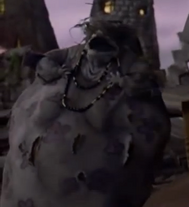 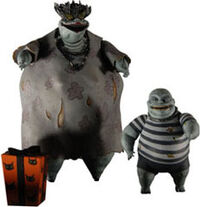 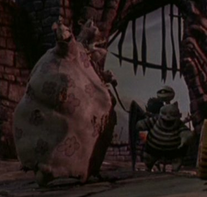 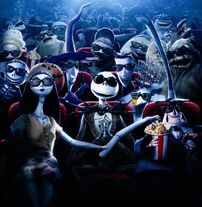 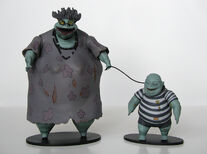 Add a photo to this gallery
Retrieved from "https://the-nightmare-before-christmas.fandom.com/wiki/Corpse_Mom?oldid=14735"
Community content is available under CC-BY-SA unless otherwise noted.