Start a Wiki
Cyclops is a citizen of Halloween Town, first seen in the beginning of the movie, when the Wolfman asks him "Wasn't it terrifying?" he and Mr. Hyde reply "What a night!", with Hyde clutching a chain around him. He has grey hair, a large yellow eye, pointy ears, and hooves. His arms are long and he has four fingers.   When looking for Jack Skellington, a Vampire says he looked behind the Cyclops' eye, which might have been this Cyclops. When the Vampire states "This fog is as thick as," he says "Jellied brains." He is excited when Jack returns from Oogie's lair and is thrilled with Santa's gift of snow.

Cyclops are a race of mythological creatures known for their having one eye. One particularly famous cyclops is the one defeated by Odysseus in Homer's "Odyssey''. 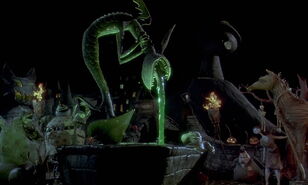 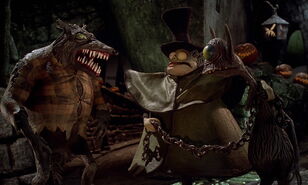 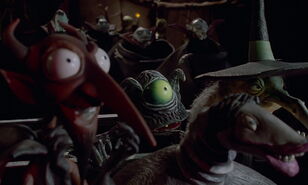 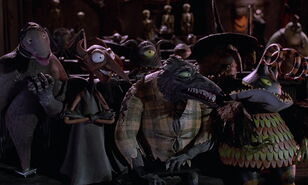 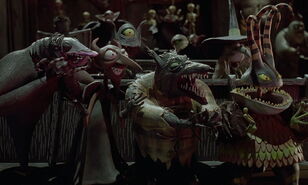 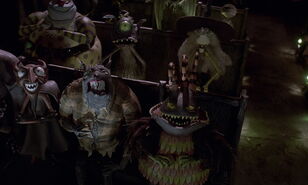 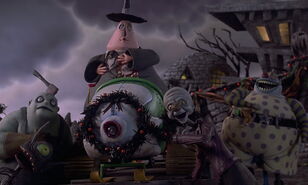 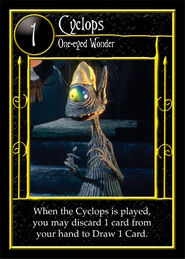 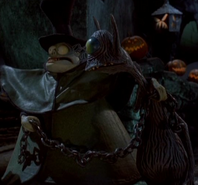 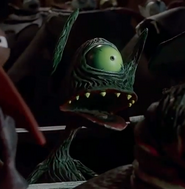 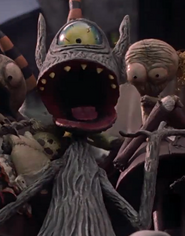 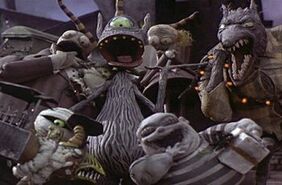 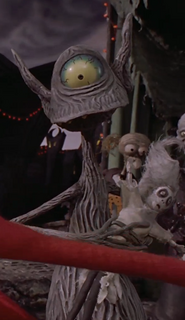 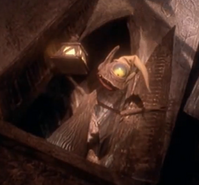 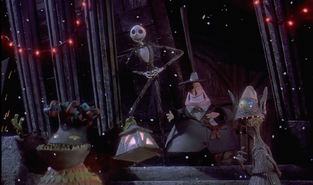 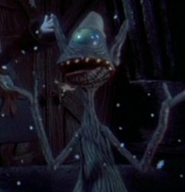 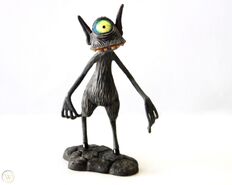 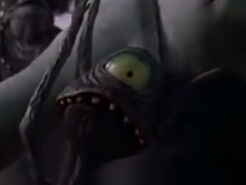 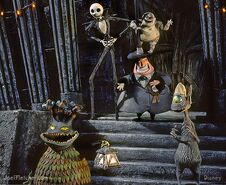 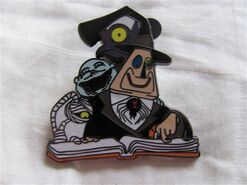 Add a photo to this gallery
Retrieved from "https://the-nightmare-before-christmas.fandom.com/wiki/Cyclops?oldid=14814"
Community content is available under CC-BY-SA unless otherwise noted.