The Nightmare Before Christmas Wiki
Register
Don't have an account?
Sign In
Advertisement
in: Halloween Town Residents, Females, Creations,
and 7 more

Precious Jewel
Jewel is Doctor Finklestein's new creation and presumed wife. He made her with half of his brain, thus making her his intellectual equal, in hopes of having companionship and conversation. Jewel was meant to be a replacement for Sally because she was restless and disobedient.

She is nearly a carbon copy of the Doctor, given the same head and mouth as him. She appears more feminine with makeup and, unlike Finkelstein, has the ability to walk and has blonde hair. She wears a dress similar to that of Sally's, as well as a pair of small, black boots. She has faux fur around her shoulders, as well as a matching necklace and bracelet.

Jewel makes a few appearances incomplete while the Doctor searches for a new head to make her with. She can later be seen wrapped entirely from head to toe while Sally

escapes, where Finklestein pulls out half of his brain and sets it in Jewel's head, kissing it until the hatch closes on his lips. She makes her last appearance at the ending of the movie, where she is finally completed and wheels the Doctor into Town, her appearance shocking Jack Skellington. 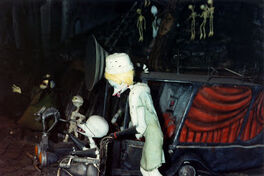 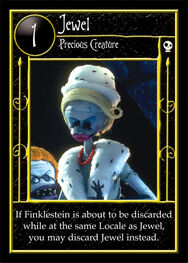 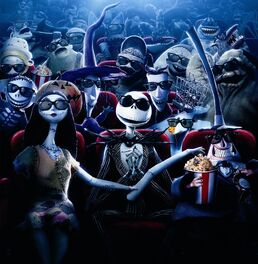 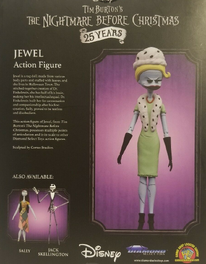 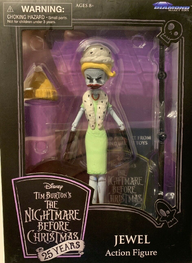 Jewel in the comic book 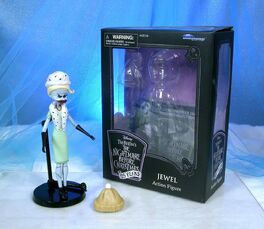 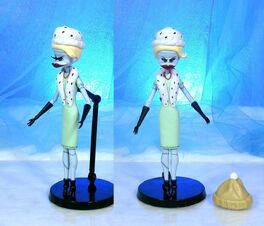