The Little Witch, also known as Zeldaborn in the trading card game, is a citizen of Halloween Town and the younger sister of the Big Witch. In the Trading Card game, several things are revealed about her. It's uncovered that her parents' names were Helena and Alexander, and that she was engaged to Victor Draculason, but one early morning, he went for a walk and never returned, leaving her a widow. Heartbroken, she turned to witchcraft and apparently has never been the same ever since.

Little Witch and her sister escaped the bug invasion by chance, going to look for ingredients to make a new potion that would allow Jack's Pumpkin King costume to go on fire at his will. She was sent to find the rare mushroom need to finish it. Jack must get it from her to complete the pumpkin buster.

In Oogie's Revenge, she and her sister own a shop selling glass bottles upgrades and so forth. 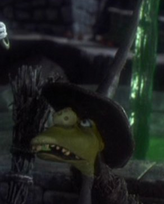 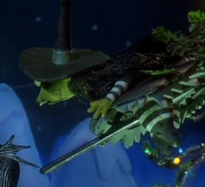 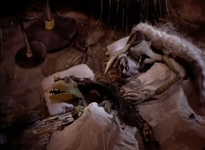 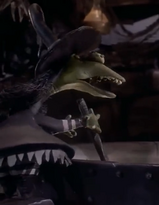 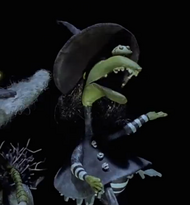 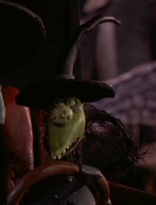 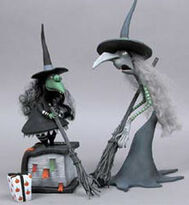 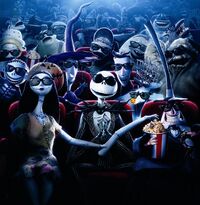 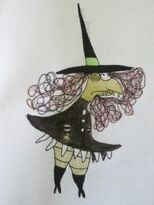 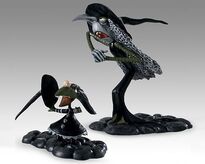 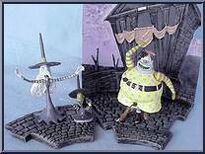 Add a photo to this gallery
Retrieved from "https://the-nightmare-before-christmas.fandom.com/wiki/Little_Witch?oldid=15166"
Community content is available under CC-BY-SA unless otherwise noted.