Start a Wiki
The Skeletal Reindeers were created by Dr. Finkelstein. They were shown being brought to life through the use of electricity volts, similar to how Frankenstein's Monster was brought to life.

Three skeletal reindeer acted as the reindeer that pulled Jack's sleigh when he made his journey around the world to deliver gifts for Christmas in place of Santa Claus. They were broken when the military shot down Jack's sleigh with their artillery.

In The Nightmare Before Christmas: Oogie's Revenge, the Skeletal Reindeers were rebuilt when the sleigh arrives for Santa Claus to use after Oogie Boogie had hijacked Santa's sleigh.

The Skeleton Reindeer make an appearance in Kingdom Hearts II of the Kingdom Hearts series of videos games made by Disney and Square Enix. They are seen when Jack lands his sleigh back on the launch ramp to greet Sora, Donald Duck, and Goofy, welcoming them back to Halloween Town and wishing them both a Merry Christmas and a Happy Halloween. As Jack mentions how he is heading to Christmas Town to see Santa, Sora, Donald, and Goofy look around at the Halloween-themed Christmas decorations, before looking at the Skeleton Reindeer, who look at them and let out a creepy laugh or squawk, unnerving Donald and Goofy, but leaving Sora excited to meet Santa. 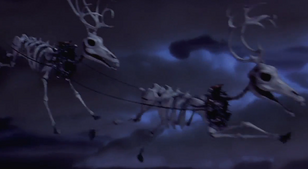 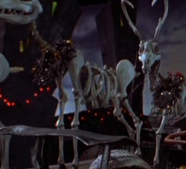 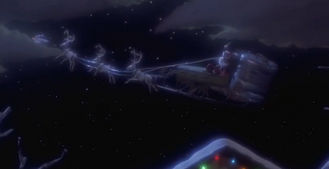 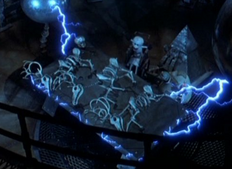 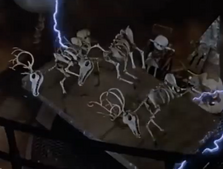 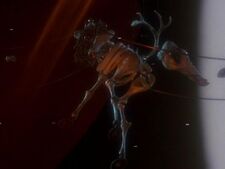 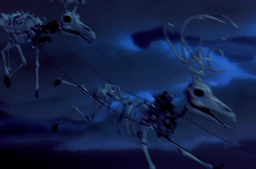 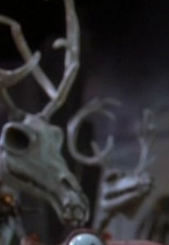 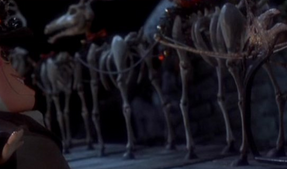 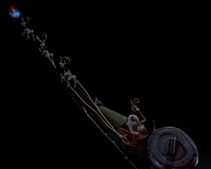 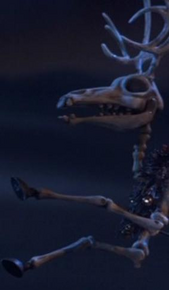 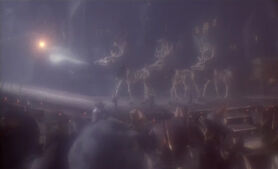 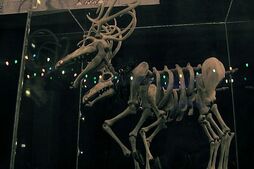 Close up of the Skeletal Reindeer on display at El Capitan Theatre in Hollywood
Add a photo to this gallery
Retrieved from "https://the-nightmare-before-christmas.fandom.com/wiki/Skeletal_Reindeer?oldid=12580"
Community content is available under CC-BY-SA unless otherwise noted.